Approved by Boeing for Welding to BAC5975,
for CRES/COBALT, ALUMINUM and ALLOYS 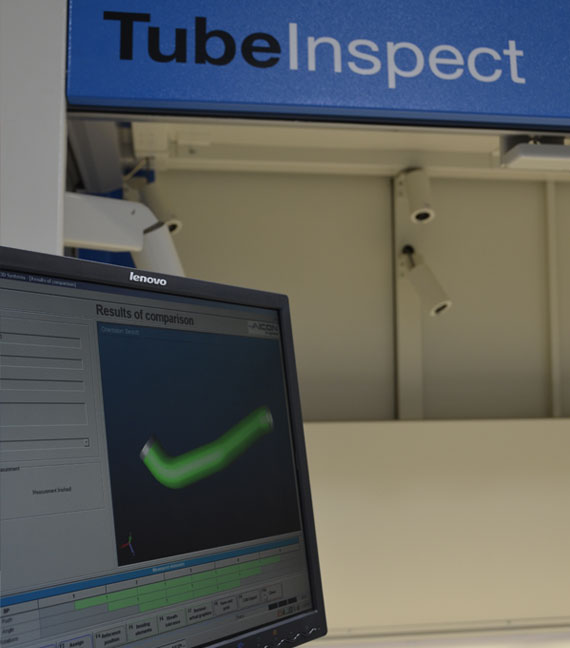 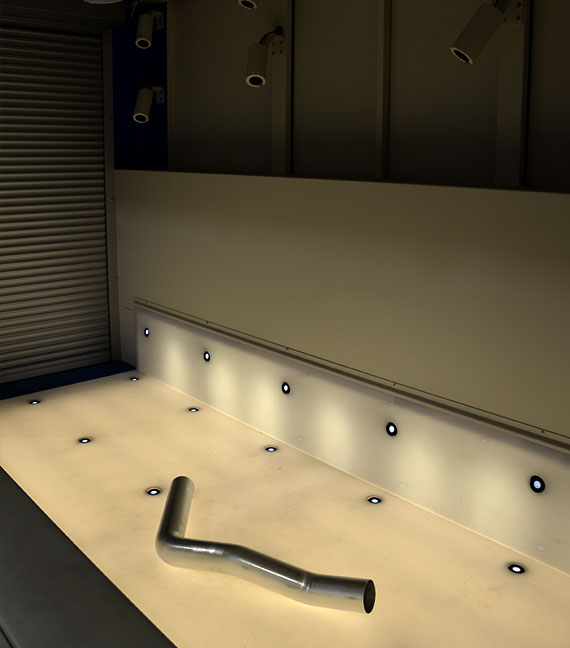 When Bob Burns, owner of Aero Bending Co., Palmdale, Calif., moved his company to a new and bigger location, he considered adding to the company’s fleet of benders. However, a number of bending machine operators often lined up to measure bent components, creating a bottleneck. Changing to an optical inspection system cleared this bottleneck.

Bob Burns, owner and president of Aero Bending Co., Palmdale, Calif., experienced a steady growth in business since he purchased the company in 2008, and after moving to a new building to accommodate future growth, he began to evaluate the next equipment investment that would best serve the business. His first idea was to add another tube bending machine. Although the company does quite a bit of sheet metal work and holds a number of welding accreditations and certifications, its bread and butter is tube bending. It specializes in thin-wall tubing from 1⁄16 to 6 inches in diameter in aluminum, titanium, stainless steel, copper, and INCONEL® alloy.

Another rotary draw bender would fit easily into the company’s 33,500-sq.-ft. facility, and it would increase the company’s bending capacity, but it also would require more manpower and support. While walking through the shop, Burns asked one of his lead bender operators what the next investment should be.

As part of its quality system, Aero Bending operators are required to perform in-process measurements to verify that every tube meets the customer’s dimensional criteria. They had to take enough measurements to determine bend end points, straight length end points, and bend radii. A typical tube produced by Aero Bending, one with three to five bends, took between five and eight minutes to measure. The measurement system had become a constraint because of the time it took to measure the tubes for first-piece and in-process inspection

Should the company buy a duplicate measurement system? This would reduce the number of people waiting in line, but it would not improve productivity. It would take the same amount of time to measure a part, and it wouldn’t improve measurement repeatability.

After an equipment and process evaluation, Aero Bending invested in TubeInspect, an optical measurement system produced by Aicon 3D Systems. The system is straightforward: The operator places the bent tube on the machine’s measurement bed and initiates the measurement cycle; the eight cameras capture the dimensions in a few seconds, and the system’s software builds a 3-D model of the part. The system feeds that information back to the bending machine, helping to improve the accuracy of future bends.

Aero Bending’s evaluation determined that the machine would make measurements more quickly, improving productivity of the company’s existing equipment and people as well as improving measurement reliability. A key consideration was that it wouldn’t require additional staff.

“It has improved productivity at least 10 times,” Burns said. “The

TubeInspect completes a measurement in 5 seconds or less, eliminating the queue. It also reduced the setup time on the CNC bender. Regarding future growth, I don’t think I have to worry about an inspection machine at this point because the TubeInspect is so fast and can handle all of it.”

SETUP, CALIBRATION, TRAINING, AND USE

Because the system has no moving parts, setting it up and preparing it was fairly painless. Likewise, because operator action is minimal, training is short and simple.

“It took only a couple of days to set up the machine and calibrate it, and within a day and a half, the training session was done,” Burns said. It went smoothly, in part, because of the similarities between Aero Bending’s original measurement system and the new optical system—steps such as drawing a part, bringing it up on a data screen, interpreting it, and determining how to measure the part.

A big change is the consistency from one operator to the next. The new system removes the human element—it doesn’t rely on the operator to take measurements in specific locations. Because it’s a camera-based system, every operator gets the same measurement result, every time, regardless of experience, even on complex shapes and tubes that have short straight sections, which can be a challenge for conventional systems.

Burns noticed that, for the same reason, it’s more effective at corrections and fine-tuning. Furthermore, it reduces the time needed to dial in the bending machines for each new part, Burns said, because the display gives them a better idea of what they need to change.

Burns noticed that because the optical system is faster than the old one, it has made all of the personnel more productive, but it doesn’t end there. It also has increased the productivity of the bending machines. The queue of bender operators waiting to measure parts has been eliminated, freeing them to bend more parts.